It might be desirable for moms to be to be acquainted with certain pregnancy related diseases and unusual metabolic  hormonal  deficiencies that can plague them while in pregnancy.These deficiencies might not be that serious as to create some threat moms well being  but rather get informed about what steps to take to contain it. The article below explains what Hypothyroidism and  Triiodothyronine is and how it is caused. Watch the video below :

What is low metabolism or hypothyroidism?
Hypothyroidism results from the insufficient production of the active thyroid
hormone, triiodothyronine (T3). The insufficient production of thyroid result
from one of two causes.
1. The failure of the thyroid gland to produce a sufficient reservoir of
thyroxine (T4), the precursor of T3
2. The production of an excessive amount of an aberrant isomer of T3,
reverse T3 (rT3), that prevents the production of sufficient T3 for a normal
metabolic rate.
Triiodothyronine is produced by an enzymatic removal of a specific iodine
radical from the thyroxine molecule. When there is an aberrant form of that
enzyme, another of the iodine radicals is removed resulting in the inactive
isomer of T3, reverse T3 (rT3).
It’s a good sign you’re feeling back to normal. You’re T4 does seem a bit low,
but it would greatly surprise me if adding 1/2 tablet only once a week would
significantly increase your level.
Below are a couple of things regarding hypo and pregnancy. One if from a
doctor who practiced thyroid treatment for many years. He thinks T3 is
important, and if you are not turning the T4 you are getting into T3, then he’s
right. Your T4 is down, if you are actually producing rT3 which implies your
not producing as much active T3, then you are being undertreated.
If you have hashimoto’s, it’s not unusual for it to go into remission during
pregnancy, and stay away until a couple months after childbirth. My wife was
hypothyroid and untreated during three pregnancies and she generally felt
better at that time. She hasn’t tested positive for antibodies, but then 10%
of Hashi’s cases don’t, but the damage the antiboides do can be seen on
ultrasound, but even if she didn’t feel better because of Hashi’s remission, it
may be as the doctor below says the fetus supplements the mother’s thyroid.
All I know, is during her second pregnancy she was eating well, drinking lots
of chocolate milk and losing weight so that we didn’t actually know she was
pregnant until five months along. (Many pregnancy tests over the years before
that because of irregular cycle, it wasn’t unusual.)

To know more about the 2 main pregnancy depressive activities mentioned above, check it out from the source below :
Source : Check it Out Here
Image Source : Youtube 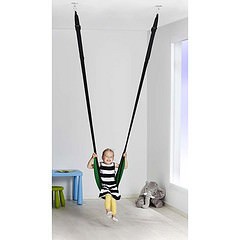 How To Cure Type 2 Diabetes

How To Prevent One Million Children From Yearly Deaths